“Abraham E “Barry” Cohen was born in Calcutta, and educated in India and Japan. He attended the American School in Tokyo where among other things, he learned how to play the all American sport, baseball. In 1956 Barry’s family moved to New York and in 1957 Barry received his first job working for Merck Sharp & Dohme International Division (MSDI), which manufactures and markets human health products outside the United States. For 35 years, Barry developed its international business and paved the way as Merck opened up different regions around the globe, including Bombay, Karachi, Zurich, and Amsterdam before finally settling in the United States again in 1970.

In 1974, Mr. Cohen was elected Executive Vice President of MSDI at the division’s headquarters in Rahway, New Jersey, and became President of the Division in 1977. In 1982, he was named to serve concurrently as a corporate Senior Vice President. Barry retired from MSDI in January 1992. After his retirement, he was active as a business consultant and a member of several boards, including Akzo Nobel NV, Vasomedical, Inc., Tel Aviv University’s School of Medicine, NESS Ltd., BioTime, Inc., Mannkind Corporation, and Chugai Pharmaceutical Co. Barry was also actively involved in charitable interests including the New York Metropolitan Opera and the National and International Centers for Missing and Exploited Children. 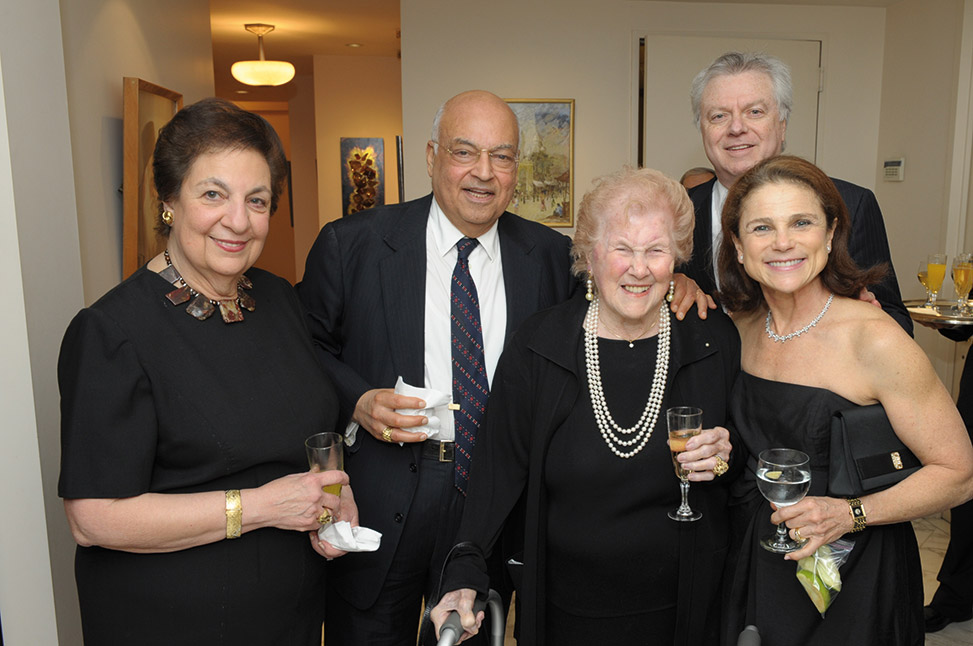 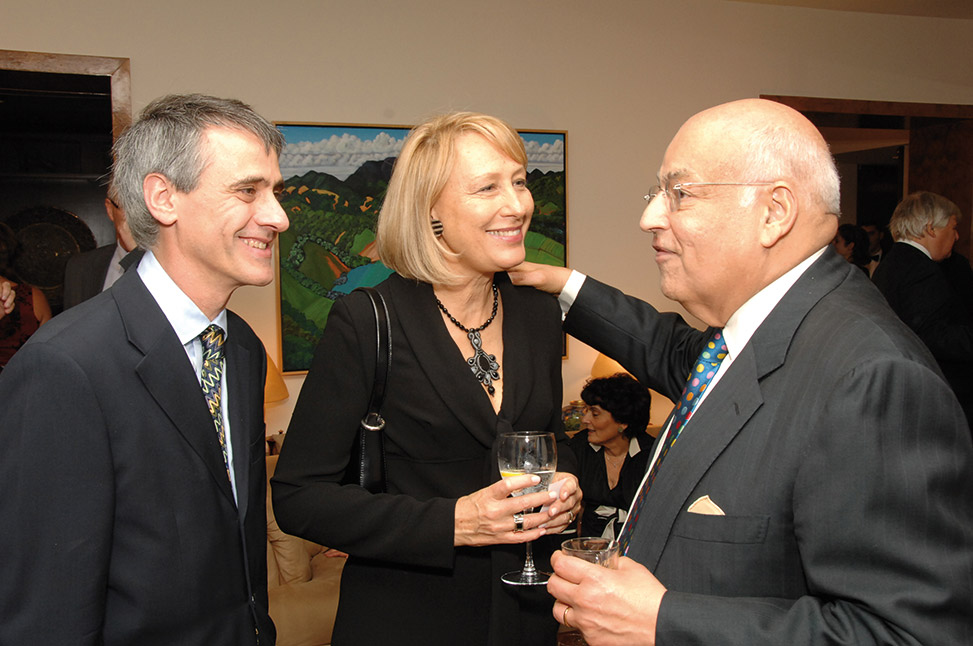 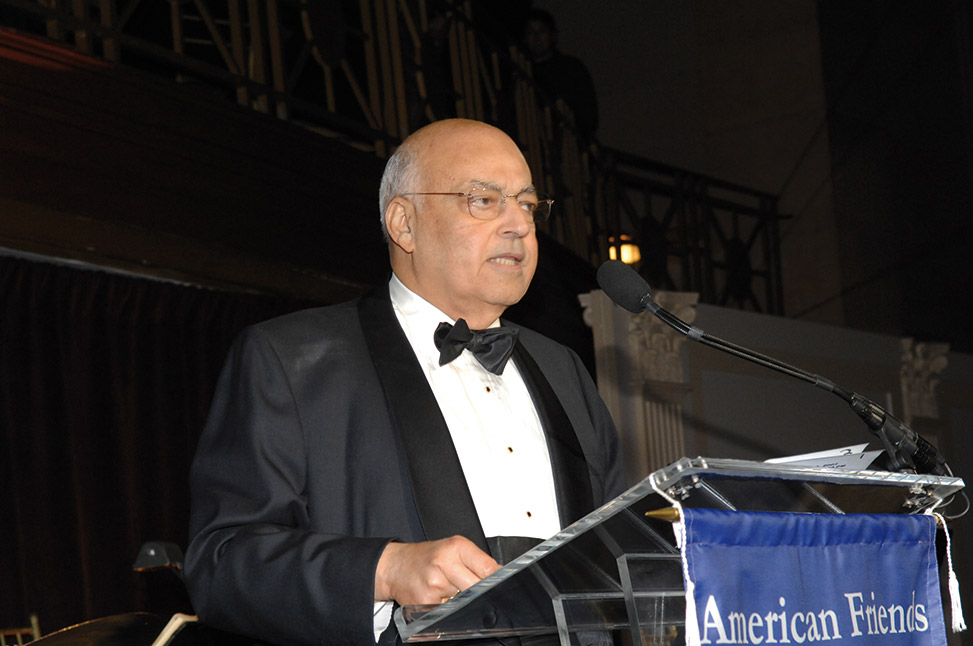 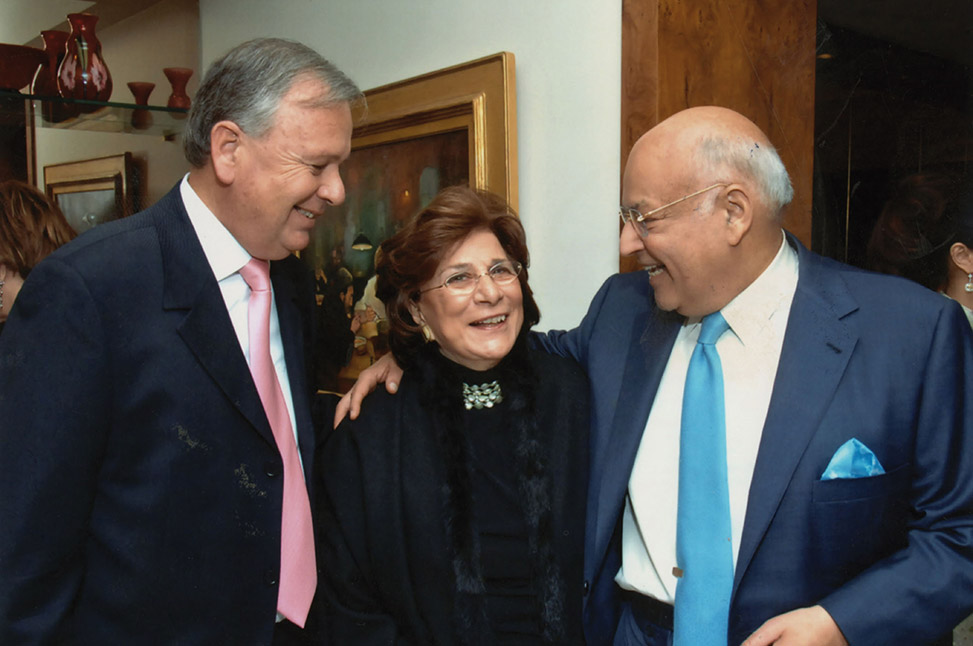 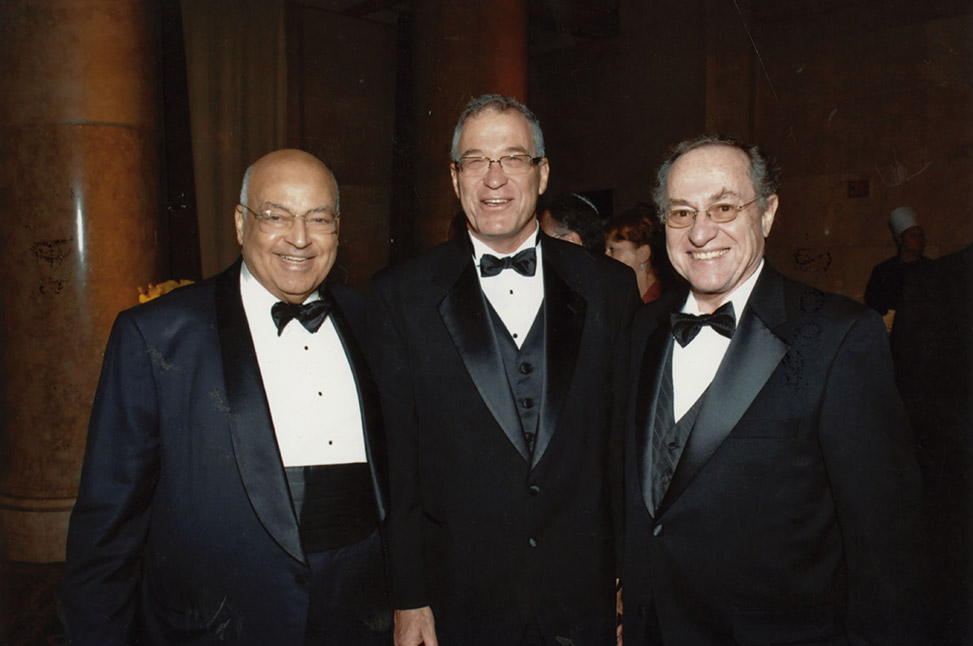 American Friends of Rabin Medical Center (AFRMC) celebrated the success of its Rabin Medical Exchange program with a reception hosted by Yvonne Cohen and family on Tuesday, March 8th 2016, at the Harmonie Club in Manhattan.

The evening, a tribute to Barry Cohen z”l, who served as AFRMC Chairman for twelve years and “always believed Rabin Medical Center should be a temple of science and medicine” included donors, doctors and friends of the Cohen family. Rabin Medical Center’s Cardiac Intensive Care unit was named in Barry Cohen’s memory, and the department’s head of cardiology, Dr. Kornowski, continues to share with his team the memory of the man who was “larger than life.”

The evening celebrated the achievements of AFRMC having funded seventy doctors in six years to come to the United States to major medical institutions for numerous specializations. The Rabin Medical Exchange Fellows program selects top doctors, researchers and medical practitioners from hospitals and research centers from the Rabin Medical Center of Israel to conduct research and share their expertise.

Yvette Pomerantz, daughter of Yvonne and Barry Cohen, continues her father’s legacy as an active member of the AFRMC board. Yvette reflected: “my dad was always fascinated with communication and technology” and this year the Cohen family chose to honor two Rabin Medical Exchange doctors spanning from the research lab to the operating room, both participating in Cardiology fellowships in the United States through AFRMC.

Receiving the 2016 Abraham & Yvonne Cohen Cardiac & Medical Research Exchange awards were Dr. Emanuel Harari, participating in an 18 month Cardiac Research fellowship at CVPath Institute, Maryland and Dr. Ariel Farkash, Clinical Fellowship in Adult Cardiac Surgery, Mount Sinai Hospital, New York. The doctors presented their own research focusing on global innovations in cardiology research and practices, what they have learned during their fellowships in America, and what they hope to take back to Israel and apply to advancing the Rabin Medical Center.

In a talk entitled Vulnerable Hearts & Patients, Dr. Harari shared with the audience his passion for the field of vulnerable hearts. He explained his research goals to identify vulnerable plaques before they rupture and develop diagnostic tools using the biochemical properties of the vulnerable plaque, molecular imaging, and to develop new therapeutic interventions to stabilize the plaque without the need to transplant a permanent stent. He spoke about a particular experiment conducted at Rabin Medical Center which used gold particles to spot inflammatory cells. Once located they fused with the good cholesterol decreasing the inflammation almost entirely within four weeks. His experience at Rabin Medical Center coupled with his research at CVPath Institute leaves Dr. Harari optimistic that despite heart disease being the number one cause of death worldwide, today’s advances in medicine will change how we practice cardiology in the next 15 years.

In 2013, Dr. Ariel Farkash participated in a short term fellowship through Rabin Medical Center at Mount Sinai Hospital in New York. Through this experience, two years later, Dr. Farkash has returned to Mount Sinai for a two year fellowship where he focuses on non-invasive cardiac surgery using advanced medical technology to give patients artificial hearts.

Dr. Joshua Plaut, AFRMC Executive Director, expressed that the work of these doctors “embodies the spirit of the Cohen Fund and Rabin Medical Exchange Fellows program, which is to identify great heart doctors and give them the opportunity to come to the United States, to study from the best doctors here in America and then return to Rabin Medical Center, which has the greatest cardiology department in Israel. These are their students. This is the next generation.” Sharing in the sentiment Yvette Pomerantz urged guests to “get to know the doctors, because who they are really comes to play in the way they treat patients.”

Consul General of Israel in New York and friend of the Cohen family, Ido Aharoni, remembered Barry Cohen and his relationship with AFRMC. “For me, every meeting, every encounter with Barry Cohen was about learning about the history of my country. But more than anything, I learned about his personality, his vision, about his tendency to emphasize the future rather than the past. And what he told me the last time we met, he had this vision of assembling all the most brilliant doctors and scientists that we have in Israel. And together, he said we should be able to tackle the big issues of our time. And I truly believe, he said, the message of innovation and creativity should come out of Israel. And it is appropriate that we are celebrating here tonight the vision of the Cohen family.”

Yvonne Cohen, wife of Barry, welcomed guests including five Rabin Medical Exchange doctors in attendance saying “it’s such a privilege for us to get to know these doctors, personally. The concept was one that was very important to Barry. I’m happy to say that the torch is being carried forward by our family and our friends who have been truly steadfast and continue their involvement in the important progress of the Rabin Medical Center.”

Ten years ago in August you called me, introduced yourself, and invited me to come meet you at your office on Madison Avenue. I was away on vacation but you insisted on meeting the next day. “Fly in for a couple of hours,” you told me. I didn’t know you, but you said we could be partners and would become friends. You said that we would do wonderful things together and have a lot of fun in the process. I was intrigued by you Barry, reaching out to me as a stranger and inviting me into your refined world. The next day, I flew in for a couple of hours to meet you. You asked me to join you as a partner with the mission to build up the American Friends of Rabin Medical Center.  We went out to celebrate with a steak lunch at the Prime Grill.

I returned to my vacation and told my wife Lori that I had met this extraordinary human being, Barry Cohen, and that I intended to work with him because we could make our dreams come true together.

Ten years later, I now fully understand that legions of people were enchanted by Barry Cohen, a unique man, a man so much larger than life. As he walked through this life, he immediately earned people’s respect and adoration. Barry bonded with each and every person he encountered in an individual way, always according them respect, love and compassion.  And in return, all who encountered Barry were inspired to be part of fulfilling his dreams for making the world a better place.

Barry was like Abraham the Patriarch in the book of Genesis, called in Hebrew, Avraham Avinu, Abraham our Father.  You, Barry, were indeed a patriarch in your family and a kindly father figure to your friends and colleagues. But there is more.

In Genesis, Avraham was sitting by the entrance of his tent on a hot day when three strangers, who were perhaps angels, passed by. Avraham ran from the entrance of the tent to greet them, welcomed them into his abode, fed them and bid them to rest.

Like Avraham, the Patriarch of Israel, Barry throughout his life with Yvonne exemplified hospitality. Each and every one of us shared beautiful meals with Barry and Yvonne and their family, in their warm and graciously appointed home, or at their favorite restaurants.  each one of us may have arrived as strangers, but from the outset we were welcomed like family, indeed like angels. And so many of us quickly became lifelong friends. Barry, you were unto each and every one of us Abraham our Father.

Two days ago, Barry, after your passing, your daughter Yvette said to me: “Thank you Josh for allowing and helping my father to achieve his dreams through your efforts.” What I say in return is: “Thank you Barry for bringing me into your world and allowing me to share in your dreams.”

American Friends Rabin Medical Center and Board of Directors mourn with immense sorrow the passing of esteemed Chairman and beloved leader, Abraham "Barry" Cohen. A gentleman, exemplary family man, loyal friend to thousands, giant in business, visionary in the pharmaceutical world, lifelong Zionist, and protector of Israel, Barry helped Rabin Medical Center achieve recognition in America as Israel's premiere Hospital. Condolences to Yvonne, Daniel, Yvette, Denise and family. May Barry rest in peace as we continue to further his vision.

Teva Pharmaceutical Industries Ltd. mourns the passing of our respected Board member and colleague, who greatly contributed to the development of Teva over the past 20 years. We extend our deepest sympathies to his family, friends and colleagues worldwide.