Breast cancer affects one in seven Jewish women. Nearly 1.6 million new cases of breast cancer are diagnosed each year across the globe. While doctors, researchers, and scientists are hard at work throughout the world looking to eradicate this devastating disease, your support is vital to their efforts. Breast and ovarian cancers are the most common cancers afflicting women in the United States and Israel.

Israel’s Rabin Medical Center is home to the BRCA Multidisciplinary Clinic at the Davidoff Cancer Center-a world class facility whose sole focus is on the treatment and prevention of cancer. The BRCA Multidisciplinary Clinic to serve women at high risk of breast and ovarian cancer as well as research to find cures for breast and ovarian cancers at Rabin Medical Center's Davidoff Cancer Center.

Rabin Medical Center now conducts screening in men for the presence of the BRCA gene, which may cause prostate cancer. A recent study, entitled “Personalized Prostate Cancer Screening among Men with High Risk Genetic Predisposition” by Dr. Margel of the Urology Deparment at Rabin Medical Center, aims to determine the prevalence, stage and pathology of screen detected prostate cancer in BRCA1/ BRCA 2. Dr. Margel is examining high-risk population (males 40-70 years old carrying a gene mutation) in order to estimate the impact of these mutations and their other goal is to create a bio-bank of tissue, urine and serum of this unique cohort for future investigations. This study has the potential to impact BRCA research and clinical management of prostate cancer. It may lead to future measures that can either help treat or prevent prostate cancer.

FACT: 1 in 7 Jewish women will be diag­nosed with breast cancer. Over 22,000 women will develop ovarian cancer annually in the USA. These forms of cancer are more prevalent among Jewish women in the USA and Israel.

FACT: 10% of breast cancer patients carry a mutation in the BRCA genes, facing an 80% chance of developing breast or ovarian cancer.

FACT: 2% of the Israeli population carries the mutated gene, (higher than other ethnic groups). Israeli women with a family history of multiple malignancies, especially breast and ovarian cancer, are routinely offered the BRCA gene test at Rabin Medical Center.

FACT: The BRCA Multidisciplinary Clinic at Israel’s Rabin Medical Center is a unique early management, life-saving clinic. Many women will be spared by early detection screening and follow-up for breast and ovar­ian cancer.

The CHERYL DIAMOND NYC 5k SCHLEP RUN/WALK memorializes Cheryl L. Diamond, the late wife of Warren Diamond. Over 18 months, three most important women in Warren’s life passed away—Warren’s wife, Cheryl who passed away from breast cancer, his sister, Laurie Rosen, and mother, Helen Weissman. This race is a tribute to these women of valor by Warren and Faith Perlmutter Diamond, their children Scott, Max, and Melissa; and by Cheryl’s brothers Bruce and Larry and Warren’s brother Skylar and his wife Gail, and their children Brittany, Taylor, Daniel and Alexa Weissman. 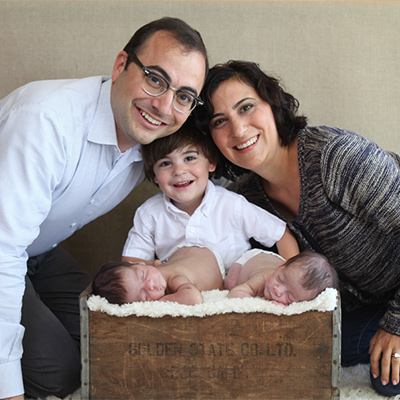 Three years ago this June at age 28, I was shockingly diagnosed with breast cancer. From that moment, I was determined to beat this both physically and emotionally. I was always a positive person. I knew this would be an uphill battle but would not let the grueling treatment process make me a bitter person, because then cancer would have won even if I had eradicated the disease. I wanted to look to the future when I would be myself again. My husband and I had been married for 2 years and had a 6 month old son. The diagnosis brought up the question of infertility. We had hopes of expanding our family in the future. While choosing a cancer treatment plan, I harvested my eggs to ensure the possibility of more children. I needed to keep life as normal as possible and just be myself. 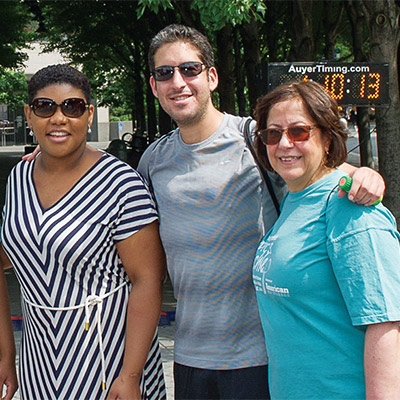 My story does not start with a diagnosis of breast cancer. It starts with me well before and well after that. Breast cancer is not who or what I am, but it is a fact of my life. The very good news – it was over 22 years ago. So if anyone needs hope, here I am. There is life and a good life after breast cancer. Do I worry every year when I have a mammogram – you bet. But if it happened to me again, I think I would tackle it the same way I did 22 years ago: with a vision to move forward and a determination to survive. There is an element of luck and I am one of the lucky ones. I did not do anything better or different than the next person, but I was lucky.

Genetic BRCA Screenings: Knowledge Is Power in Our Fight Against Cancer by Melissa Arnold

In September, 2015, at age 51, I was diagnosed with ovarian cancer. My immediate reaction was relief. I had felt awful for months, with pain in my upper chest and weird bloating in my stomach and legs. I passed off the symptoms as stressrelated and continued my day to day life. I lost my mom when she was 50 to smoking-related lung cancer. As a nonsmoker, I lived a very healthy life-style with lots of exercise and organic eating. Cancer was not something I ever thought about. Ovarian and gynecological cancers did not run on either side of my family so it never dawned on me to receive genetic testing.

My Love of Shoes Helped Me Fight Breast Cancer by Barbara Abrams, Ph.D 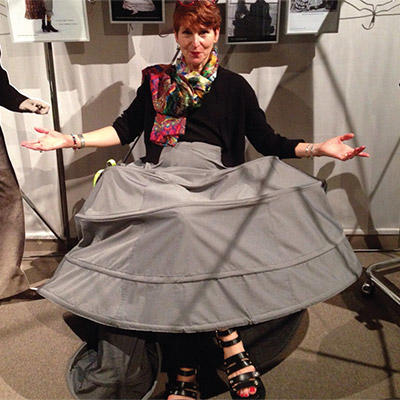 I am a two-time survivor of breast cancer, an Ashkenazi Jew and BRCA positive. Every woman in my family, who has been BRCA tested, has the gene and has been affected by cancer in some way. My grandmother, aunt and cousin did not survive the illness. I have one cousin that is still fi ghting. She is preparing for her last surgery, after one full year of chemo and two previous surgeries. Over many years, I have heard many remarkable stories of quality of life and of survival. I wanted to share my story. How I survived and the mechanisms I chose to cope with my illness and treatment. For me, this involved the purchase of many pairs of shoes.

My father, Rabbi Walter H. Plaut, died from colon cancer in 1964. He was forty-four. I was six. Three years later, my mother, Hadassah Yanich Plaut, uprooted our family from Great Neck, Long Island to Jerusalem, Israel to start a new life. During a routine check-up while visiting Great Neck in 1972, my mother was diagnosed with breast cancer. She was fi fty-one. I was fi fteen. Immediately, my mother had a radical mastectomy with the removal of lymph nodes that left my mother, a pianist, with a lymphodemic arm. Radiation treatments burnt her lungs, causing a life-long bronchial cough. Fifteen years later, again while on a visit to the United States, breast cancer reappeared and my mother had a second mastectomy.

FACT: Join the only Jewish Walk/Run in the world to benefi t a BRCA Multidisciplinary Clinic that serves women and men at high risk of breast and ovarian cancer at Israel’s Rabin Medical Center’s Davidoff Cancer Center.

FACT: 1 in 7 Jewish women will be diagnosed with breast cancer. Over 22,000 women will develop ovarian cancer annually in the USA. These forms of cancer are more prevalent among Jewish women in the USA and Israel.

FACT: 10% of breast cancer patients carry a mutation in the BRCA genes, facing an 80% chance of developing breast or ovarian cancer.

FACT: 2% of the Israeli population carries the mutated gene, (higher than other ethnic groups). Israeli women with a family history of multiple malignancies, especially breast and ovarian cancer, are routinely offered the BRCA gene test at Rabin Medical Center.

FACT: The Davidoff Cancer Center at Rabin includes six units and clinics and seven departments to provide treatment for various types of cancer and will be expanded to twice its present size by 2017.