Saving the Life of an American Student in Israel 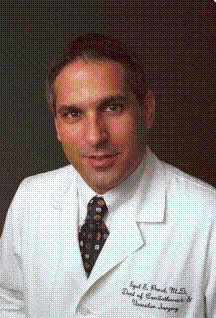 Twenty-one-year-old Samuel, an American student studying in Israel, arrived at the emergency room of Israel's Rabin Medical Center after experiencing flu-like symptoms, fever and chest pains. Senior cardiologist, Dr. Eldad Rehavia, realized almost immediately that his situation was critical and, once stabilized, he was taken unconscious and on a respirator to the Cardiothoracic Intensive Care Unit, part of the Cardiothoracic Department headed by Dr. Eyal Porat. Dr. Benjamin Medallion, Head of the Heart Lung Transplant Unit, diagnosed Samuel as suffering from extreme heart failure accompanied by acute respiratory failure and myocarditis, which is a severe inflammation of the heart muscle. Myocarditis most often occurs due to an infection from a common virus and resembles a heart attack without blockage of the coronary arteries.

Dr. Medalion had the patient placed on a special heart and lung machine (ECMO) which keeps the heart beating temporarily. The ECMO can support the heart and respiratory system while the body recovers. It saved Samuel's life. After several days, he showed signs of recovering and was slowly weaned off the machine.

Dr. Benjamin Medalion reflected, "this was a very rare case of myocarditis which extremely influenced the heart. Samuel was in critical condition and could have died. By acting so quickly and connecting him to this ECMO machine we were able to save his life".

Though still quite shocked by this experience, Samuel is now resting comfortably with his parents, who flew in immediately from the USA to be by his side. He will soon be released from the hospital. Both he and his family are exceedingly grateful to all the hospital staff, whose quick care, diagnosis and treatment saved Samuel's life.

Is there a doctor in the house, or in this case, on the airplane?

A Tomato a Day Keeps the Doctor Away

The juicy tomato, a daily feature of the Israeli diet, may be helping keep Israelis healthy.

Not Parkinson's at All

A common phenomenon among the elderly is sudden falls, the recurrence of which is often diagnosed by many physicians as the beginning of Parkinson's disease.