Thyroid Gland Surgery without the Scar 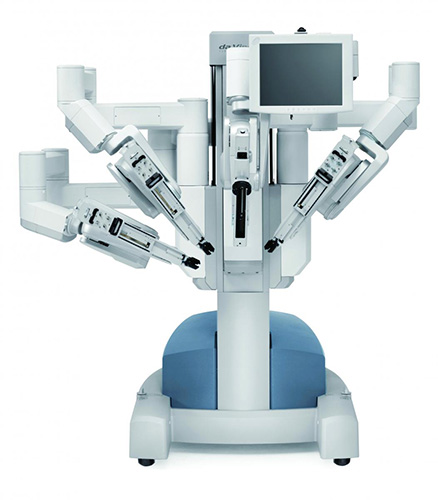 Rabin Medical Center continues to lead in advanced robotic surgery in Israel while having performed the first robotic surgery for the removal of the thyroid gland through an incision in the armpit.

Using the da Vinci system's robotic arms, surgeons used this innovative approach to remove the thyroid gland through an incision in the armpit, avoiding the large scar on the front of the neck caused by traditional thyroid surgery.

Surgical removal of the thyroid gland is common - an estimated one thousand such operations are performed in Israel each year, offering an easier and more aesthetic approach for this surgery.

"Robotic surgery for the removal of the thyroid gland at Rabin Medical Center is the beginning of robotic surgical procedures in the area of head and neck surgery in Israel. In the future we can perform other robotic head and neck surgeries, utilizing the benefits both in the range of action and the stability of the arms, and the optical advantage of a sophisticated camera," stated Prof. Raphael Feinmesser, Director of Otolaryngology, Head and Neck Surgery at Rabin Medical Center.

Dr. Gideon Bachar, Deputy Director of Otolaryngology, Head and Neck Surgery at Rabin Medical Center expressed that "the da Vinci robot system allows the surgeon to use four arms instead of two during surgery, enhancing the surgeon's capacity to operate three robotic arms simultaneously, while positioning a fourth arm to hold the tissue in place. Robotic surgical arms are completely stable and highly accurate while the three-dimensional camera mounted on one of the arms increases the surgical field, offering a sharper high resolution (HD) image."

The surgeons underwent training for this special procedure at a leading medical facility for robotic surgery in Paris, France.