My Love of Shoes Helped Me Fight Breast Cancer 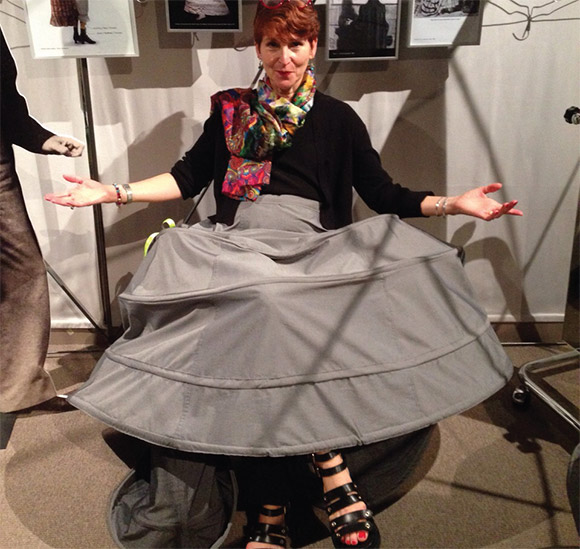 I am a two-time survivor of breast cancer, an Ashkenazi Jew and BRCA positive. Every woman in my family, who has been BRCA tested, has the gene and has been affected by cancer in some way. My grandmother, aunt and cousin did not survive the illness. I have one cousin that is still fi ghting. She is preparing for her last surgery, after one full year of chemo and two previous surgeries.

Over many years, I have heard many remarkable stories of quality of life and of survival. I wanted to share my story. How I survived and the mechanisms I chose to cope with my illness and treatment. For me, this involved the purchase of many pairs of shoes.

One might ask: why shoes? I am admittedly a shoeaholic, and long before Sarah Jessica Parker glamourized the addiction, I was already knee deep (pun intended) in purchases of high heels, boots and funky booties.

As an undergraduate student living in Paris, France my diet included eating lots of pasta as I spent my monthly budget on the latest leather boots. My parents were less than pleased, but I continued to eat pasta in graduate school, for the very same reason. Now married, I have the bad reputation for hogging closest space, needing room for my shoes.

Years later, as I put my feet up in the easy recliner while accepted my chemotherapy treatments, I realized that I had to indulge my addiction, with abandon. As sick as I felt (which was really awful), I could look at my feet and derive the greatest pleasure from my beautiful shoes. And, I always had the best shoes.

My sister Devorah, who often accompanied me to chemo, remarked that while she looked like hell through the ordeal of my treatment, I looked like Chanel (bald and 87 pounds is not really ideal Chanel, but it was a good joke).

During this time, my dad bought me the best shoes of all. Red platform halfboots made of silk with black embroidered fl owers. I looked at these long after I went into remission, until they were ruined in a basement flood.

So what is the message about the power of shoes? Whether in a chair having chemo, or running a race to help bring awareness to breast cancer, shoes have the power to help in the fi ght against this terrible and sometimes devastating disease.

During the last few years, with the development of a new generation of linear accelerators, tremendous advances have been made in radiation therapy treatment for cancer patients.

In Israel, this year alone, about 1,000 women under the age of 50 will discover they have breast cancer. If this is not devastating enough, many of these young women, still of childbearing age, will go into early menopause as a result of life saving chemotherapy treatments.

For many women who have difficulty getting pregnant, the in vitro fertilization (IVF) process can be extremely stressful and all consuming.