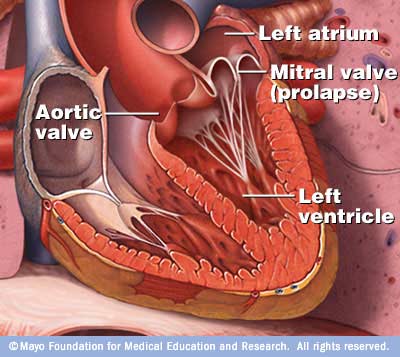 For the first time in Israel, a new mitral valve in the heart was implanted into a leaky one using a catheter rather than opening up the chest, by cardiologists at Petah Tikva's Rabin Medical Center-Beilinson Campus.

The patient was a 51-year-old woman who was not well enough to undergo open-heart surgery and had previously had four such operations on the defective valve.

The mitral valve, also known as the bicuspid valve or left atrioventricular valve, connects and controls the blood flow between the left atrium and the left ventricle of the heart. A normal mitral valve opens due to increased pressure from the left atrium as it fills with blood, and closes at the end of contraction to prevent blood from flowing backwards. If there is leakage, the body does not get enough oxygen.

The team, headed by Prof. Ran Kornowski, Prof. Alexander Sagi and Dr. Eyal Porat, worked together this week to perform the complicated procedure, which was held in the hospital's new hybrid catheterization room (able to handle heart surgery as well). The catheterization - the only way to save the patient's life - took an hour and was done with her placed under general anesthesia.

The doctors used Echo imaging of the heart via the esophagus to find the exact place it should be inserted and to view the new valve was functioning properly.

"We are very satisfied that we succeeded in implanting the valve quickly and elegantly with minuscule trauma to the patient," Kornowski said. "Until now, fewer than 20 such procedures have been carried out around the world, and now we have brought it to our hospital. We thus have expanded the great amount of experience we have in implanting different types of heart valves using a catheter for various and complex indications."

The balloon-expandable transcatheter mitral valve was made by the Edwards Lifesciences company, which is based in the US but whose development center is in Caesarea.

The valve is 2.6 centimeters long and through a vein is pushed into the heart with a catheter only 6 millimeters in diameter.

Sagi, who heads the echocardiogram institute and valve clinic at Beilinson, said: "This is a real revolution. A repeat heart operation in patients who have already had previous ones involves a long recovery period - often months," and in some cases like this, surgery cannot be done.

"In this case, two days after the procedure, the patient was already up and around in the department and showed incredible clinical improvement."

This year's Miami Tropical Half-Marathon in January brought runners and observers to motivate and encourage the Trobman Family in their effort to combat cancer.