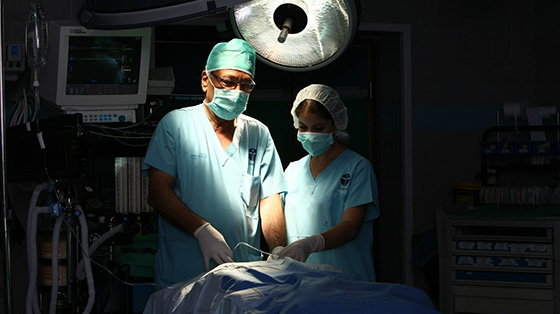 Surgeons at Petah Tikva’s Rabin Medical Center completed Eisenkot’s surgery on Thursday, having discovered the cancerous tumor in his prostate gland late last year. The prostatectomy appears to have been a success. The army chief was sent home to continue the recovery process before he returns to work, likely sometime early next month.

Eisenkot thanked the hospital, the medical staff and Prof. Jack Baniel, a noted urologist and deputy head of the Rabin's Davidoff Cancer Center, “for their dedicated care,” the army said in a statement.

The army initially refused to divulge the nature of Eisenkot’s condition, citing his right to privacy, but following the operation, the army revealed that he had a form of prostate cancer. The tumor was discovered by his doctor two months ago, but had not affected his ability to serve, an IDF source said. (Article from The Times of Israel: January 21, 2017)

A researcher at Zebra Medical Vision has created a new mammography algorithm that uses machine and deep learning to diagnose breast cancer (BC), with results that the company claims are superior to those achieved using current methods.

In a recent ranking of countries with the most efficient health care systems, Israel ranked close to the top of the list. It snagged the number four slot, far ahead of the United States, which came in at number 46.

Senior cardiologist from Rabin Medical Center, Dr. Alon Eisen, is the first doctor from Israel to participate in renowned TIMI (Thrombolysis in Myocardial Infarction) Study Group in the United States.