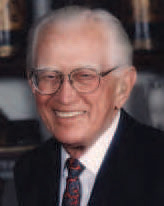 Former Ohio Senator Howard Metzenbaum, founding Honorary Chairman of the American Friends of Rabin Medical Center (AFRMC), died at the age of 90 in March. Metzenbaum, a Cleveland native, served three full terms as a United States senator, retiring in 1995. His involvement began prior to Rabin Medical Center receiving its name, when it was known as American Friends of Beilinson, and he was there in 1995 for the transformation of the institution that would from then on be known as Rabin Medical Center. Senator Metzenbaum was the highest profile American public figure to be a champion for AFRMC efforts and he was responsible for helping to produce videos of the hospital that helped Rabin Medical Center gain world-wide recognition. AFRMC has today evolved into a respected and successful organization in good measure because of the Senator's devotion.

The following are excerpts from Senator Howard Metzenbaum's introduction to a book about late Prime Minister Yitzhak Rabin.

"I was an admirer of the late great Yitzhak Rabin, a friend and true statesman for whom this outstanding Medical Center is now named."

"We in America respect and applaud you for opening your arms to all the Jews of the world be they from the former Soviet Union, the Arab states, Ethiopia, and to many Americans too. Israel is probably the only nation in the world with that kind of open-door policy. And the Rabin Medical Center will carry on that same open-door policy. Its magnificent health-delivery systems will always be open to all peoples, Israeli or otherwise, without regard to race, creed, religion or national origin. Our faith in the future is reflected in our commitment, that we the American Friends of Rabin Medical Center, have to this outstanding institution and its tradition of excellence in medical care...Through enhanced medical care that is made possible by your medical research, medical education and your commitment to the care and wellbeing of each of your patients, the Rabin Medical Center became a world-renowned institution...We, American Friends of the Rabin Medical Center assure you that as the center prepares for medical care in the 21st century, we will be with you- we will stand by you."

Professor Bernardo Vidne, Chairman and Director of the Department of Cardiothoracic Surgery at Rabin Medical Center and top cardiac surgeon in Israel today, did not follow the mold of those students who were destined to become physicians.

The Smell of Hamantasin - Purim is in the Air

Hamantasin, a filled pastry recognizable for its three-cornered shape, is the most common food eaten during the Jewish holiday of Purim. Purim commemorates the deliverance of the Jewish people in the ancient Persian Empire from Haman's plot to annihilate them, as recorded in the Book of Esther.