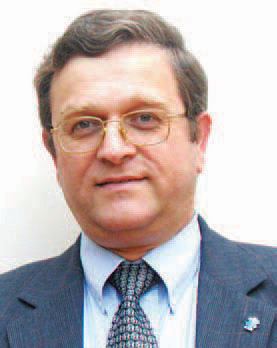 No one can claim his life was boring. As the son of two microbiologists, Dr. Michael Stein was always inquisitive in nature. He began his journey toward becoming a gifted surgeon at the early age of 12, dissecting frogs and other interesting creatures. He has never looked back.

A bright student of physics, he graduated from high school with honors and was accepted into the IDF academic reserves. Seven years later, he began his army service as a physician, and from the beginning saw too much war and bloodshed. As a young medic during the Yom Kippur War, he saved the lives of many soldiers in the Sinai desert beyond the Suez Canal until he himself was injured and took a short break from combat. In 1984, he began his residency in general surgery, including a one year residency at Mt. Sinai hospital in New York. Returning to Israel, he became Deputy Director of Trauma for the Israel Defense Forces Medical Corps, then a new branch of the army, where he initiated significant strategic policies on treating the injured. This new bold direction opened the door toward cooperation with Trauma centers around the world, such as the University of Maryland Medical Center Trauma Unit. He later became the Head of Trauma for the Israel Defense Forces, a position he held until his military retirement in 1997 when he became the Director of Trauma at Rabin Medical Center. Married for 28 years with two boys, Dr. Micky Stein has rightfully gained his reputation as one of the renowned experts in Trauma and is invited to lecture and offer his expertise around the globe. Though modest and not one to brag, his office is filled with pictures and letters of gratitude from the many people whose lives he has saved.

In May of 2007, Dr. Stein spoke to nearly 300 nurses, emergency medical personnel and physicians at an all-day Trauma symposium at the Marriott Hotel in Ft. Wayne, New Jersey about a plan that would be implemented in Israel to handle emergencies. Establishing protocols for emergency treatment is necessary in a country where threats of terrorism arise daily and where large numbers of casualties are possible. Israel's emergency plan includes procedures for proper evacuation, on-site field treatment, and minimal care techniques used to stabilize patients. It became clear to symposium participants that the wisdom of this plan was applicable to a host of other scenarios in which mass casualties might arise, such as airplane and multiple auto crashes and school shootings. Dr. Mary Aaland, medical director of trauma services and surgical trauma ICU at Parkview Hospital, a co-sponsor of the event, was duly impressed with the implications of Dr. Stein's remarks. "Since 9/11" she said, "we're obviously more aware of the reach of terrorism and the need to treat large numbers of victims."

Dr. Dror Dicker, Director of the Department of Medicine D and head of the Clinic for Obesity and Hypertension at Israel's Rabin Medical Center, has been appointed Chairman of the Israel Association of Internal Medicine.