A Gala for Progress and Inclusion: The American Friends of Rabin Medical Center Supports Medicine — and Hope 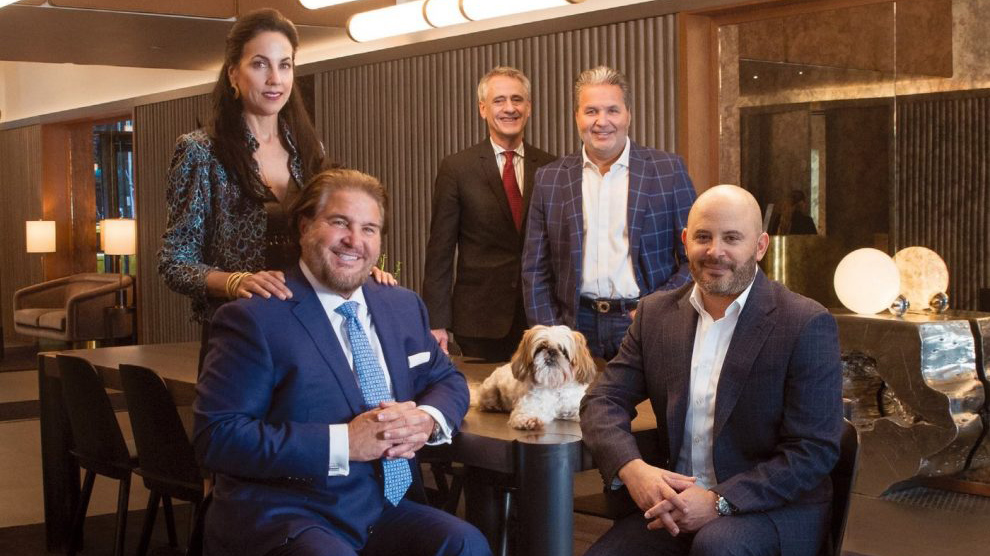 When more than 500 real estate, finance and pharmaceutical executives gather for the 20th annual gala for the American Friends of Rabin Medical Center (AFRMC) at the Plaza Hotel on November 11, they’ll be doing more than raising funds to support critically needed programs at the most prominent medical center in the Middle East. They’ll be keeping a promise of hope and inclusion.

The hospital predates Israel itself. Beilinson Hospital was founded as one of three original hospitals in what was then Palestine in 1936.

In 1964, Beilinson performed the first living related donor kidney transplant in Israel. It continued to expand over the decades and merged with Hasharon Hospital in 1995. One month after Prime Minister Yitzhak Rabin was assassinated that same year (just three years after signing peace agreements with the Palestinian National Authority and the kingdom of Jordan), the medical center approached his widow Leah Rabin and asked if they could rename the complex after him. The facility, located in Petach Tikvah in suburban Tel Aviv, is one of a very few entities that she permitted to bear his name.

“Our mission reflects co-existence in Israel, the way Israeli society actually functions,” Plaut said. “We treat one million patients annually, all with the same compassionate care. We offer the best medical care for everybody — while advancing peaceful coexistence. That reflects Rabin’s vision.”

Approximately 1,500 of Rabin Medical Center’s 4,500-person staff are Israeli Arabs, and close to one-third of the patients treated are Israeli Arabs as well. With its groundbreaking procedures, research and clinical trials, the Rabin Medical Center also draws patients from around the Middle East and Europe. It has pioneered medical care in Israel, as the site of the first dialysis institute, heart transplant, robot-assisted coronary surgery and other procedures in the country.

“We are considered a front line in terms of medical response, be it a nuclear or biological attack, terrorist attacks or car accidents,” he said.

Rabin Medical Center is the crown jewel of the Clalith health services HMO system, but fundraising both in Israel and abroad is necessary to expand the hospital’s continued growth, acquisition of medical equipment and research. To support the hospital, the American Friends for Rabin Medical Center was founded in Washington, D.C., and relocated to New York in 2001 to be closer to major sources of funding.

The organization quickly drew the support of the real estate and finance communities; among its current honorary board and board of directors are Scott Rechler of RXR Realty, Yoron Cohen of Colliers, Mortimer Zuckerman of Boston Properties, Stephen Siegel of CBRE, A. Mitti Liebersohn of Avison Young, Mitchell Moinian of Moinian Group, Richard Chera of Crown Acquisitions, Robert Sorin of Fried Frank, Robert Scheinman of J.T. Magen, Beth Miller of Island Architectural Woodwork, Michael Steinhardt of Steinhardt Partners and Ben Ashkenazy of Ashkenazy Acquisition Corp. The pharmaceutical industry also has been actively involved, with Teva Pharmaceuticals and Chugai as major donors.

“This amazing group of board members have been involved for many years and have given us great support,” Plaut said. “We also reach out to foundations across the U.S., using special events to publicize what we do and open the door to individuals, foundations and donors at large.”

This year’s program will focus on BRCA (breast cancer) genetic research and breast, prostate and ovarian cancer. Magalle Laguerre-Wilkinson of CBS News will serve as emcee, with Dr. Kenneth Offit of Memorial Sloan Kettering being honored and speaking about BRCA cancer research. Broadway’s Andrea Burns will sing excerpts from “West Side Story.”

Dr. Stanley Fischer, former vice chair of the U.S. Federal Reserve and former governor of the Bank of Israel, will receive the Yitzhak Rabin Global Financial Leadership Award. The BRCA Multidisciplinary Clinic at the Rabin Medical Center will be named for Warren and Faith Diamond of American Real Estate Management to honor their years of support. Eli Weiss of Joy Construction and Jorge Madruga of Maddd Equities will receive the Yitzhak Rabin New Leadership Award. Chef David Burke will prepare the cuisine (which is Kosher) for the event.

“We also try to see that that one-third of the attendees are young professionals,” Plaut said. “We are grooming the next generation of donors to help the cause — with their time, bringing friends and business associates.”

“It’s like a Fulbright program for fourth-year residents,” Plaut reported. The program has assisted 110 doctors over 10 years.

In addition to the gala, AFRMC holds other fundraising events throughout the year, including a golf tournament for prostate cancer, and the Cheryl Diamond 5K Cancer Schlep. The annual race, named for Warren Diamond’s late wife, has been held in New York for nine years and is being introduced to Santa Barbara in January 2020.

Plaut, an author, scholar and photographer as well as the fourth Reform rabbi in his family, came to the AFRMC in 2004 through other fundraising efforts. He learned the medicine along the way, and has now served for more than 16 years as executive director.

“I became a good fundraiser for my own scholarly research and was approached by many nonprofits to head them,” he said. “This is the one I chose to join and lead. I have a wonderful board and passionate donors, and we have coalesced around a stellar mission.”

There was a personal pull as well.

“While we were living for a time in Israel, my mother was diagnosed with breast cancer,” he recalled. “She had to keep flying back to the U.S. for her successful treatment. Now I am able to help Americans support Israeli medicine.”

Plaut established the 5K Schlep in his mother’s honor, and he leads an energetic staff that organizes the fundraisers and promotes the Rabin Medical Center’s work. He also reaches out to his colleagues in the philanthropic and Jewish communities for support, including the expansion into California.

“In five months in California, we’ve built a community of a dozen partners, and we are giving back some of the funds raised to the Breast Cancer Resource Center in Santa Barbara,” Plaut said. “This is unprecedented.”

The major thrust for the hospital itself is now to build an international heart and brain center, as well as completing the doubling of Davidoff Cancer Center in 2020. And so the fund-and awareness-raising will continue. Plaut is hoping to attract corporate sponsors from the biomedical and technology worlds, while remaining grateful for the support AFRMC has attracted over the years.

“We thank everybody in the Tri-State area and across America for supporting us generously,” Plaut said. “We’re very blessed to have this amazing group of friends in the real estate, finance and pharma industries. They’re very charitable and we’re grateful.”

For the first time in Israel, Rabin Medical Center's Department of Cardiothoracic Surgery, headed by Dr. Eyal Porat, implanted an artificial heart as a replacement for a real heart.

Rabin Medical Center is Israel’s leading organ transplantation center performing over 75% of transplants in the country.