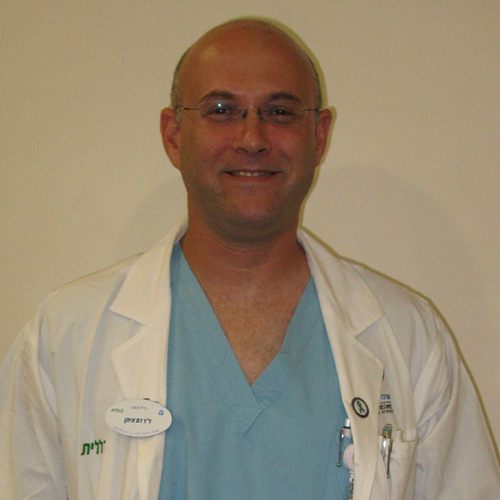 Over the last few years robotic assisted minimally invasive surgery with the da Vinci robotic system has gradually replaced open and laparoscopic surgery for many gynecologic and gynecologic oncology procedures in the United States and around the world including at Rabin Medical Center, which aims to provide the most advanced technologies for the benefit of its patients.

Dr. Ram Eitan, a senior physician in the Gynecologic Oncology Division at Rabin Medical Center's Women's Hospital, who thanks to the American Friends of Rabin Medical Center completed a gynecologic oncology fellowship in this area at Memorial Sloan Kettering Cancer Center in NYC, now uses this new robotic technology for the care of patients with gynecologic malignancies.

Dr. Eitan has already performed over 40 procedures since the initiation of Robotic surgery for gynecologic indications in November 2011, including hysterectomy and staging for uterine and ovarian malignancies, risk reducing procedures and care of pre-invasive disease. In the near future radical hysterectomy for cervical cancer will also be performed using the da Vinci robotic system.

His most recent surgery was on a 70-year-old mother of four who was diagnosed with papillary serous endometrial carcinoma and needed to have a hysterectomy, lymph node sampling and omentectomy for the treatment of her cancer. If the surgery had not been performed robotically, the patient would have had open surgery which requires a large incision and even if there were no complications she would have been hospitalized for at least a week with another month or two at home for recovery.  The robotic surgery is a safer, minimally invasive procedure, and while achieving the same oncologic benefit it allows the patient to go home within a day or two, recovery is no more than 2 weeks and there are small incisions which leave hardly any scar.

The Gynecologic Oncology Division at Rabin Medical Center's Women's Hospital, directed by Dr. H. Levavi, provides comprehensive services in diagnosis, management and follow up of gynecological cancer patients, performing the whole spectrum of gyne-oncology surgery. Considered a leader in their field they receive referrals from throughout the Middle East, treating about 50 new cases of endometrial cancer a year and 30-40 new cases of ovarian cancer.